BINCI (2017 - 2018)
Binaural Tools for the Creative Industries.
Binci’s main objective is to develop an integrated software and hardware solution to ease the production, post - production and distribution of 3D audio content meant to be experienced by consumers through head phones. BINCI tools for binaural 3D audio production will be fully suitable to develop professional applications in the creative industries (e.g. music, video games, virtual and augmented reality, etc).
ICT - 21 - 2016, GA No. 732130. 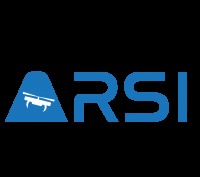 Look@U (2015)
Development of a recommending system for glasses based on face digitization and best-fit algorithms.
This project aims at 3D reconstruction of faces from multiple cameras for generating custom-made glasses.
Nuclis program, Catalan Government.

AUTOPOST (2015-2016)
Deformable surface tracking and alpha-matting for the automation of post-production workflows.
This project aims at developing productive end- user solutions for small and medium posthouses.
H2020-ICT-2014-1, GA No. 644629.

3FLEX (2013-2015)
Depth enabled workflow for flexible 2D and multiview video production.
This project aims to define and develop a new advanced workflow for flexible 2D, stereo and multiview video production capable to deal with and take advantage of the image+depth content approach and to develop the building blocks to implement it.
FP7-SME-2013, GA No. 605181.

SCENE (2011-2014)
Novel scene representations for richer networked media.
SCENE’s objective is to conduct further research into tools that give audiences a greater sense of reality and offer more possibilities of expression for professionals, through the development of new digital-media representations that enable the capture of 3D audiovisual formats and the mixing of real and artificial images.
FP7-ICT-2011-7, GA No. 287693.

3D MEDIA (2008-2012)
Spatial sound and vision.
Researched, developed and tested new forms of experience in the field of entertainment, based on technologies for the capture, production, network distribution and exhibition of immersive sound and images of a 3D, stereoscopic and multi-view nature.
FP7-ICT-2007-1, GA No. 215475. 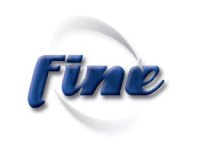 FINE (2010-2013)
Free-viewpoint Immersive Networked Experience.
The FINE project is focused on researching and developing an architecture for the creation and distribution of a new form of live multimedia content.
FP7-ICT-2009-4, GA No. 248020.

The aim is to exploit the latest social phenomenon provided by the Internet. The publication of information and opinions by online users and their growing participation in social networks. It is a mayor national project funded under the CENIT 2010 call of the Spanish Ministry of Economy and Competitiveness.

Technologies for the creation and automated management of smart audiovisual content. It was carried out by a consortium made up of twelve medium-sized nationwide companies and involved the participation of over 140 senior researchers. It is a mayor national project funded under the CENIT 2007 call of the Spanish Ministry of Economy and Competitiveness.

In order to support its R&D activities, Eurecat counts with an infrastructure of more than 60 servers and Hitachi storage platform. The VMware vSphere platform has 5 hosts cluster with 44 processors with a total power of 121GHz and 140 GB of memory. Eurecat also has supercomputing platform based on Sun Grid Engine with 10 servers and a total of 80 processors with a power of 181 GHz and 192 GB of memory. The MTU owns a computer cluster equipped with four NVIDIA GPU (Graphics Processing Unit) GeForce GTX 1080 units, counting with 4x12GB of graphic card memory.